This comes as part 8 of our series on Microadventures in the lockdown. Due to my lack of energy to write them all up, I’m afraid we’re only going at about one every two days. Perhaps they’ll do us for May too!

Have an idea? Why not let me know!

I’ve written quite a bit elsewhere (particularly in ‘Travel’), about our culture’s aversion to sleep. So often we pretend we are too busy for it (with important things, you’ll understand), don’t really need so much of it, or are simply distracted and don’t realise the time. To be purposely productive is the idol of many, including myself (sadly) at many times. The world is too enjoyable to sleep – there’s too much to explore! We’re definitely no longer a culture that wakes with the sun and goes to sleep with the darkness.

And that’s particularly true for the backpacker – we come in to places in the evening and still want to explore. We get woken up in the hostel at night by others in the dorm. We sleep on busses or trains or wherever we can find cheaply, but perhaps don’t quite get an uninterrupted 8 hours for many of those nights! For many of us, we think we can survive longterm living like that. Sleep experts would strongly disagree (see review 1).

But for these few days, I am attempting to get back to waking up when the sun rises (or just before) and going to sleep earlier, just to see what being in rhythm with the natural patterns of the world is like. Luckily for me, the hours suit well at this time of year where I am. If they don’t suit where you are, then perhaps just rise earlier in the morning to see sunrise and go to bed at a suitable hour.

So today was day 1 of this episode.

The alarm went at 6am, and I stumbled out of bed about 20 minutes later, already struggling and wondering why on earth I thought of doing this!

But 5 minutes afterwards, and my first reward was obvious.

A stunning sunrise over the water, with no-one else within miles to see it, apart from the odd cyclist, whizzing past on their way to work or their next target.

The stillness and quietness of the morning overtook me, as I stood, watching the majesty unfold. The day’s tasks rested far ahead of me and out of my mind as I watched the carefree oyster catchers and gulls fly over the still waters and come to land near me on the beach, wary of this strange species that had turned up amongst them.

The world may be in a panic and uncertain, but for my feathered friends in front of me, it was business as usual. And the only worry was what to eat that morning. The dining table for them, spread out with panoramic views.

My heart sang a short reflection of thanks to God.

And the rest of the day was set with a foundation of joy. Walking back home for coffee, I turned to some more immovable sustenance of joy as I opened God’s words to us, recorded in history for us (in the Bible). And then onto breakfast before the day sped up and reality hit.

But just in case you think it’s all very well for me – having a nice sunrise to watch, I guess my post is less about chasing sunrises (which are of course, still a ‘brucey bonus’) and more about connecting with natural rhythms, stilling your heart before madness hits, and meditating on the bigger picture.

And much as I do think sunlight and other such daily rhythms do indeed have an affect on us, I do wonder whether we also have quite some cultural prejudice towards times of day in some circles of society. Today, I sent an email at 8am, and got heralded for my ‘godliness’ of being up early. Previously I’ve sent emails at 2am and got berated for how immature and out of control I was! Neither need be necessarily true at all though, depending on the circumstance or patterns of life we are living.

But for now, let me simply encourage you to join me on a dawn microadventure, and see what you find!

That was what greeted my question “Could you write for me what you think Islam says about travel?”

I try to hang out with the Islamic community when I can, in my spare time in Ireland.  It’s not always the easiest in Irish life, given most of Irish life happens in the pub (and not just in negative ways).  But I try.  I do it, partly because I feel every city needs those who broaden their horizons and don’t just guess what different people think.  But those who live among them.  I hope legislation in this land will reflect not hostility or naivety, but will reflect the thoughts of those of us who live our daily lives in the midst of such beautiful communities.  And the other reason I partly do this, is because I feel that if the Christian message is true, these are some people from some of the most unreached places in our world with the good news.

Now some of you may feel my categorisation of people as “them and us” is already a horrible one.  But largely it’s realistic in first generation immigration, in a quite racist society (to many extents).  Integration is not a reality widely embraced.  Vocal protests at the mosque application (in Cork), and general attitudes towards the international community who announce their long-term intentions may not be frosty, but they’re certainly not welcomed with open arms, contrary to what the Irish reputation is for short-term visitors.  In NUIG (Galway’s main university) yesterday, I once again took up my mantra, of helping people to see things in term’s other than “them vs us” but as “human, alongside human”. 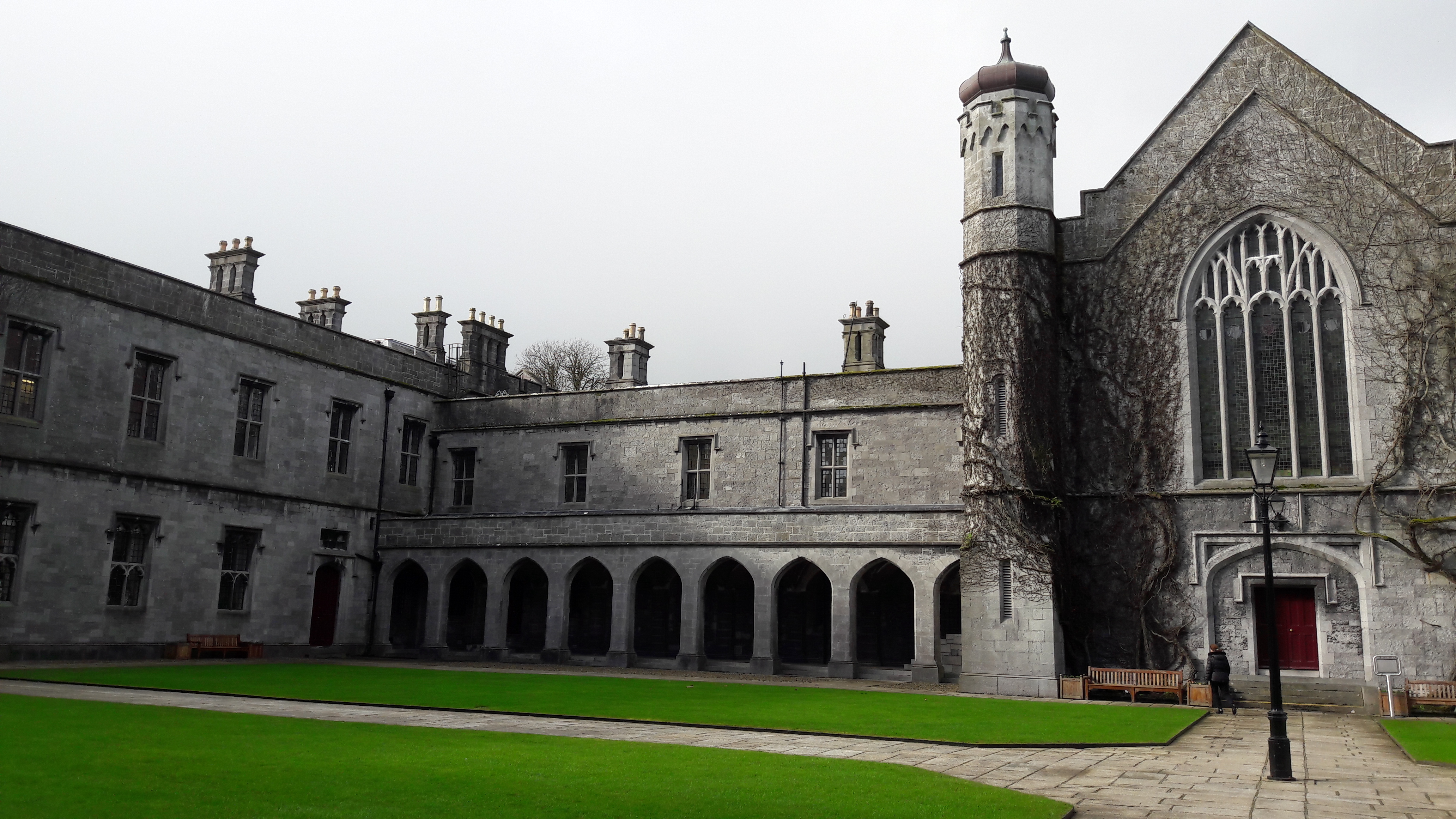 So it’s not without knowing Muslim friends and theologically aware ones, that I got my answer, or indeed, a lack of answer.

Yes, they were quick to tell me about Muhammad and his travels.  And how pilgrimage forms part of the central tenets of Islam.  But unless we are to mimic Muhammad’s travelling warfare, it’s hard to see where pleasure travelling fits in to Islamic theology.

Hajj – the pilgrimage prescribed in the 5 pillars of Islam, for those who can manage it.  Thanks to Allahsword.net for the image.

And that presumably is because the world is a bad thing in Islamic thought.  Following on from the dualism that so haunts much of religion (Buddhism, Islam, Mormonism and much of even Arminian Christianity), Islam frequently proclaims from the minarets:

The spiritual is better than the physical.  There is a dichotomy.  A dualism oft found in Greek thought, that haunts some of Christendom too.

And what does a life that lives that out fully look like?  Well a consistent one would presumably have to dump pleasure travelling and the delighting of the things of this world.  I’m not sure there can be any other take on such strong statements.  Even travelling to stir our hearts to worship the creator would still be lesser than praying, according to this.  And applied to the rest of life, you’re left praying or perhaps doing Da’wah (telling other people of Allah).

But in case you think I jump to conclusions too quickly, and I do not know my Hadiths very well, take it one step further back.  What is the god of Islam like?  Because we become what we worship.  Muslims will want to be like their god.

Not only are the 99 names interesting, but the proportion to which the Qu’ranic text emphasizes certain ones, is telling.  Thanks to Allahsword.net for this.

And there we find a distant and sovereign god.  One set apart from creation who rarely interacts with it clearly and who is not known in any meaningful way by his followers.  One who drops a book down to a single person, about a period in history where we have little to verify the contents of that book.  And one whose followers live in that pattern; not particularly concerned with the book or knowing the historicity of Muhammad; not engaging with much of this world.  Waiting.  Waiting for the moment paradise will come – the “real world”.

And yes, I’m sure there’s exceptions.  There are many Muslims who have shaped this world in beautiful ways and take their inspiration from Islam.  But my point is, that if you have a consistent systematic theology of Islam, one must abandon pleasure travelling.

And perhaps that’s where, if you’re going to poke holes in my argument, you would need to say that I misunderstand Islam in looking for a systematic theology.  Perhaps Islam holds tensions that are less dominated by western logical systems.  Perhaps the call to prayer and distance of god from this world can be reconciled by other truths I’m not yet aware of, within the heartbeat of the Qu’ranic text, Hadiths and life of the Prophet.

And so I leave this open for any of my friends to enlighten us and help us flee from dualism to an appreciation of this world – something that will help is yearn to explore it, plumb the depths of it, look after it and enjoy it for what it is…a beautiful creation!

It’s over to you… 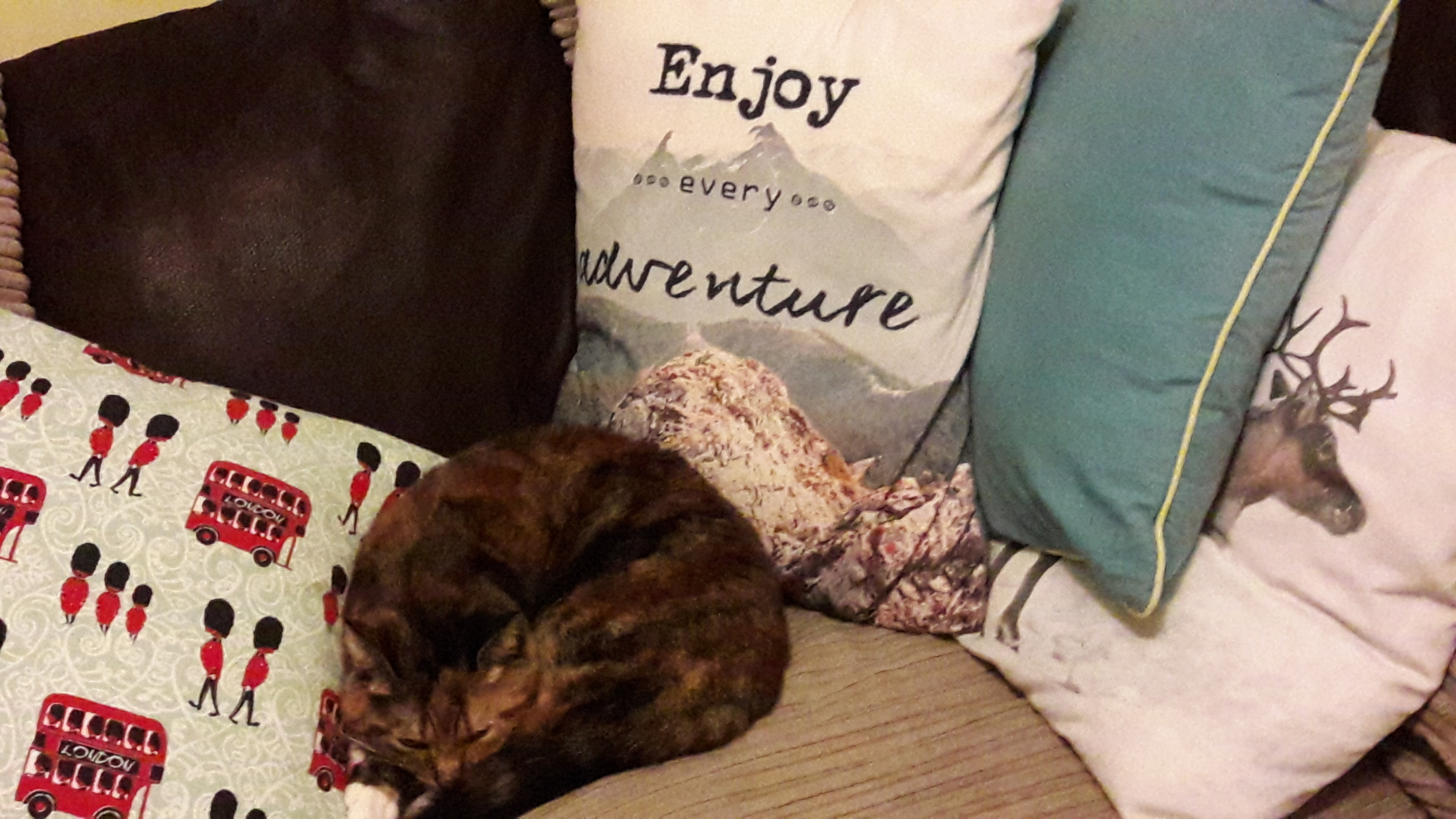 Ginger the cat, demonstrating that between every adventure, one must dream (and nap!).  For more travel photos, follow me on Instagram @aljabr_cork