On my annual leave this year I travelled to some of the ancient Christian sites of the Bible (in Athens) and of the early church (in Egypt and North Africa).  Experiencing such reminders of history, of the global Church and of ancient roots, was a powerful thing that got me thinking.  Is what I believe now, what they believed then?

Reading this on Areopagus Hill, looking up at the Greek Acropolis.

Living in a fast changing, post-(Roman)-Catholic Ireland has its challenges.  I could imagine that when any culture comes out of a period living under a particular way of life, that it takes a while for people to stand on their own two feet and consider where they are going next.  All the energy was poured into divesting ourselves of the old way, without much thought to where we’ll go now.  And much as we like to think we’re rational creatures, always logically assessing what to believe and how to act, I think we’d be hard-pressed to paint that picture.

Some are very perceptive in that way.  One student who met me last year said

“I’m on my way to becoming an atheist.  That’s where I want to be, because of what I’ve experienced of the [Catholic] church, but I haven’t honestly done enough thinking to defend my position.”

And equally that’s what we find when we come to churches as well.  Thousands have decided that Catholicism is not for them but that they still find Jesus attractive and true, and want to worship Him.  And so how do they do that?  Well they start their own church.  And start it with everything that Catholicism was perceived not to be.

Was it perceived that Catholicism had too much structure?  Start a church that claims to have no structure and is just led by the Spirit!

Was it perceived that Catholicism didn’t allow room for questioning?  Start something where you can question everything.

Was it perceived that Catholicism had such a majestic view of God that you could never know Him?  Start something where Jesus is very personal and the intimacy of the Holy Spirit is emphasized in all the services.

Was it perceived that Catholic doctrines of infant baptism, the Mass and liturgy were too much like institutionalised religion?  Get back to the “early church” and have baptism upon belief, breaking of bread round meals and informal worship in houses.

And so that’s what we’ve had.  Tens of new churches popping up in this city, all who look to correct the ways of old.  Perhaps before moving on to say how this book is very helpful at speaking into that situation, we’d do well to note one final cultural thing that plays a great weight in this setting.

Exploring what the ancient pillars of the Church were, and how to stay in line with them.

As individuals decide to start new churches (many claiming Divine mandates), many of them will refuse to look outside themselves to do it.  Traditional denominations like Anglican, Baptist, Presbyterian and others are perceived as foreign (and in some cases, are culturally foreign, given most of their leaders are trained abroad in a very different culture and some struggle to differentiate between culture and gospel).  And so much of the resources in the English speaking world, do come from British culture (and America).  But partly because these cultures are different, and partly because we, as Irish people, have our hearts set against learning from those who ruled over us (whether perceived Catholicism or British rule), we struggle to do anything but experiment with our churches.  We would rather do this, and see what works in Ireland (pragmatism) than learn from others.

Now there are some advantages of this.  But also, we’ve hit some pretty major problems.

In our experimenting with claiming its the Holy Spirit who leads us (outside of human means), we’ve let church leaders get away with poor leadership, abuse and have seen churches where the priest-like-figure has just become another personality or extremely gifted individual.  Church discipline is no-where to be seen.

In our reacting to a system that struggled to allow room for questions, we threw the door open to everything and start to question everything without limit.  You’ll find some leaders who don’t think God is sovereign over the future, some who expect Heaven to be realised now on earth, some who claim to be above Doctrinal statements, some who think they have found the keys to reforming the church that no others have found before and others who think they can emphasize that God speaks to them in so many ways outside of scripture, that scripture takes a back seat.  Heresy is rife, and largely under the radar of most of us, who all see the great heart of those making such statements.

In our wanting to escape a picture of God as a grey haired old man in the sky, who had little to do with everyday life, we’ve sought to make God entirely comprehensible and relevant, bringing him down to our own image, worshipping Him as if He was our best mate sitting beside us at the GAA and shunning anything that seemed too grand or majestic.  That was the old way of life.  We’ve got a new covenant personal Jesus now.  The creator-creature distinction in our theology, that emphasized how “other” God is, how mysterious some of His being still is to us, and how above our way of thinking His purposes are, is now lost.  Every service, we have lost a sense of His majesty and our finite nature.  We are on the same plane, in a way we never ought to be.

Finally, in our desire to run from institutionalised sacraments, we have bolted to the only other extreme we thought there was.  Instead of saying baptism has some influence on our salvation (as Catholicism does), we declare it to just be an outward symbol for one service where we invite all our non-Christian mates in to hear our story.  Instead of receiving grace (for salvation) through the Mass (as Catholicism teaches), we abandon any relevance of the Lord’s Supper, pretend they are only symbols and even mull over whether they need to be bread and wine at all (why not baked beans and banana, in a meal together at home?).

Given we’ve come to this “reactionary Christianity”, it’s no surprise to me that many who seemingly came to faith are falling away from it, and that so many who abandoned the Roman Catholic Church actually come back to seeing its extreme advantages compared to the experimental fellowships they’ve encountered since.

To those who’ve encountered any element of this shallow “evangelicalism” (which I would argue is no evangelicalism at all), I can recommend reading Kenneth Stewart’s book “In Search of Ancient Roots”. 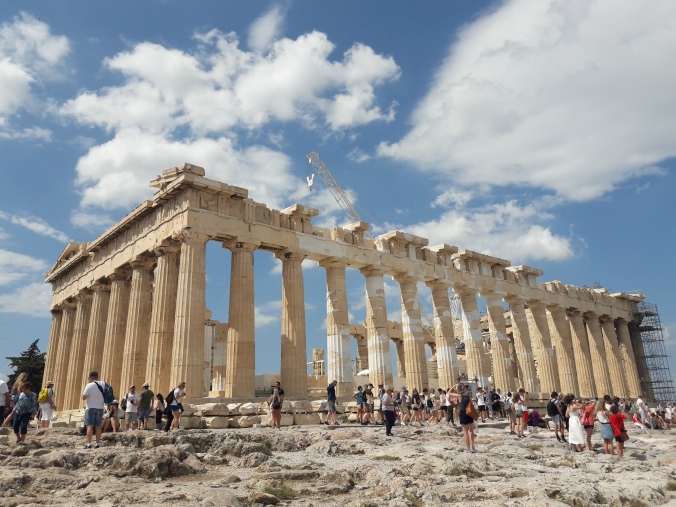 Kenneth starts out by outlining the perceived beauty of a system (like Catholicism or Eastern Orthodoxy) that purports to believe the same thing throughout all ages, across all nations.

His main points in the book to me, were that:

Now given how complex a topic this is, I’ll not delve into how well I fell Stewart makes his case here.  You can grab a coffee with me for that.  But it’s well worth the read, particularly for those of us in our Irish setting.  It does however, come with the warning that it’s not for the faint hearted.  It’s a meaty book with many a juicy morsel that will kickstart an interest for you in reading church history, if you haven’t ever had one before!  But don’t be put off.  Why not let it challenge you, let it raise questions for you, and let it provoke you to worship a God who has always been faithful throughout history, even (and especially) through a messy Church.  Why not grab a friend and read it together?