[*A brief detour into how the same history of values/philosophy that have shaped our travelling generation, have also shaped our nations far more than that.  The context to this post can be found here and here]

When I saw the predicted polls of the Irish referendum on the 8th amendment [abortion] on Friday night on the Irish Times website after polling closed, I was in disbelief.  Was this another poor attempt by the Irish Times to slant things, like had happened all along in the Irish media?  (The only lone pro-life voices allowed in the year coming up to the referendum were Breda O’Brien’s short snippets in the latter pages of the Irish Times and David Quinn’s column in the Sunday Times.  In the last couple of months, a few solitary voices were added with the aim of giving a semblance of balance.  In reality, speaking up against all the main political parties, all the main media, hundreds of thousands of euros of illegal foreign money, and some political leaders advocating civil disobedience, was always going to be hilarious to try.)

But as we examined the methodology and sample size, it became clear it wasn’t.  And looking to my pro-choice friends, they were also nearly in disbelief and not ready to yet celebrate, until they saw the concrete results.  From a country steeped in tradition, the steeple had toppled years ago, and now the building was leaning towards collapse.  And there was no reparation funds left to do anything about it. 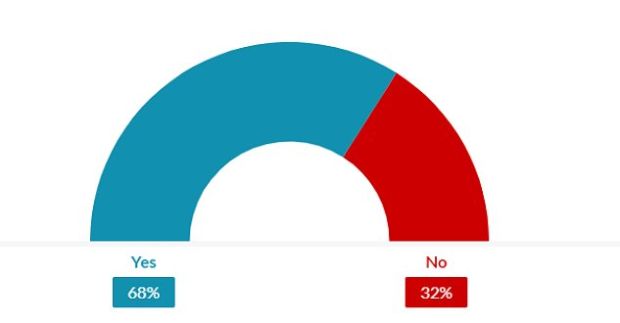 And so I fled.  Fled to County Kerry for a Stag party of a friend.  Not particularly looking forward to the frivolity of such an affair, but pleased to get mental space from over-analysing results, county by county, as they came in.  And it’s just as well I left, as doing it by county would have made no difference to the results, because if you’d shown me a list of them, I wouldn’t even have been able to pick out the constituency I was sitting in, in the rural west, as all apart from Dublin were much of a muchness.  Donegal, the lone dissenter….just.

While we were away, on a rare warm summer evening sitting on Castlegregory beach with the moon shining overhead and a tiny fire to keep us warm, the storm hit the rest of the country, like rarely seen before in Ireland.  The thunder and lightning displays rumbled on for hours.  Many awoke and couldn’t get back to sleep.  Numerous party-goers of “Repeal” celebration parties were left sheltering inside, or deciding to call it a night.  A small blip on the ecstacy of the celebration. 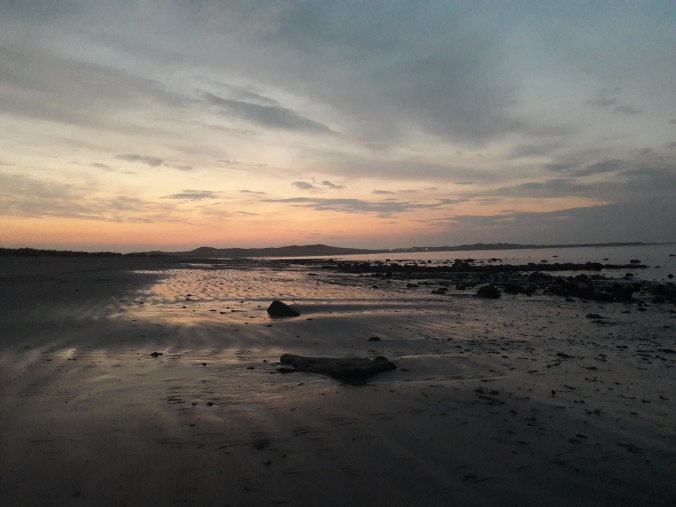 Returning to reality a day later, I stumbled through a Sunday service, not yet having time to process anything emotionally.  It was only alone that afternoon that it all started to sink in.  Heading out for the evening to a pro-life social gathering of the Life Institute in Cork, there was a sombre mood amongst us all.  A few comments struck me over the course of the evening, informally chatting to many who I had never met before:

“Even our Priest told us we couldn’t canvass outside Mass any week.  The next week, they were canvassing for some other charity to help disabled people.  But Pro-life stuff?  Not at all!  The Association of Catholic Priests had told them otherwise.”

“Our [evangelical] church leaders only mentioned it once briefly from the front and invited us all to a central meeting not organised by the church.  As if it wasn’t part of the Church’s concern.  As if ending tens of thousands of human lives isn’t something Jesus speaks about much.”

“We just don’t know how it went from us hearing far more ‘nos’ on the canvasses to such a concrete ‘yes’ in the vote.  Were people lying on the doors?  Were only old people in their houses in the evenings?  Did people change their mind at the last minute?”

“I’m not religious at all, but the timing of the lightning storm last night was creepy.  We’ve never in our lifetime seen anything like it.  Do you think it was connected?”

(On a sidenote, no, no I don’t.  Jesus’ reply in Luke 13 is a helpful place to go to respond to similar questions and superstition)

And as the chat died away, and the two eulogies were made, mourning the coming effects of the result, thanking everyone, and urging us to offer better choices for women, so they never had to choose abortion, even if now available.  We stood with tears in our eyes.

Tears, not that the steeple was gone or that the building was following, because that was not what many, if any of us were caring about.  Owning the skyline of a city is fairly meaningless unless one lives out a warm moral fabric in beautiful communities to go with it.  Particularly for the many atheist pro-life campaigners in the room who don’t even identify with the skyline at all, but were still weeping. 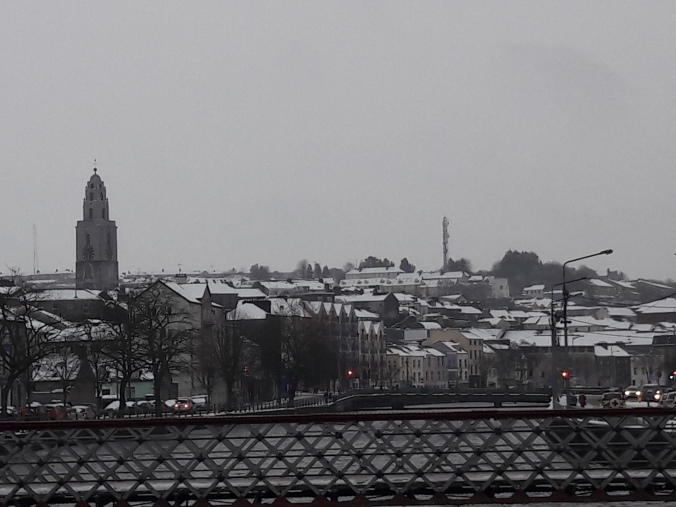 From one bridge further along, 8 church steeples can be seen towering over the city.

The tears were more because of what replaced those communities inside.  Communities that once oozed with a sacrificial love for humanity, in light of the sacrificial, servant Saviour they claimed to follow.  Communities that were quick to confess their short-comings to each other and forgive, and would never hold any human on a pedestal without account.  Communities that made inroads into developing education, healthcare, legal systems, charities, family life.  Communities that most in Ireland have not seen for many a generation.  Their downfall was first inside:

First came the religious elite in powerful positions, able to put on a good show, but underneath not all was well.  Moral corruption.

Second came those who were happy to keep the show going at any cost, despite knowing all was not well morally.  No questions allowed.  Shame the unbeliever.

Third came those who, when knowing the show was not going well, were gradually consumed by apathy: is this even real?

Fourth came those still who would see the nice things in the show, but not want the uglier side and would pick of what they indulged.

Fifthly came those who wanted rid of it all, seeing that the constructs woven into society originally by these communities had become decrepit, purposeless, for power hungry men to defend, and running contrary to the needs of society.

And losing an awareness at each level of anything bigger than themselves, many (including the religious elite) would see they had easier options than to sacrificially love another.  At one end of the scale, the scandals that rocked the church when self-gratification in a lonely role, overtook sacrificial love.  At the other, a misunderstanding that being moral was the message of Christianity and shaming those who weren’t perceived to be – a message that is the exact opposite of the true good news of a sacrificial Saviour who died on our behalf as we were not moral enough.

At each stage we started to doubt and then remove the very basis of sacrificial love and so our individualised rights and choices became the defining factors.  “Do not harm” replaced the far greater call to “love your neighbour”.  Communities that are now even prepared to take other human lives, on the altar of choice.

At what point should the constructs of the old community, so hewn into society and life, be torn down brick by brick for our own good?  And to what cost on the passerby, would falling bricks be, before the constructs of new communities arise?

Afterwards, cutting through the quiet rumble of voices, and the backing of a trad band playing in the corner, a lone piper started his drone.  And after hauntingly working his way through Irish airs, the famous Scottish anthem rang out:

We seem to be good at defining ourselves on what we are against.  The past.  The English.  The Church.

What awaits to be seen is what will replace the steeples on our skyline, and whether we can ever move beyond anger, to a positive rubric for Irish life.  For the meantime, I fear much more anger to come and many more innocents suffering the consequences of our anger.

The lone piper continued to play.