No matter your worldview, no matter your past or present, I think we can all agree on one truth concerning our respective, earthly futures: they’re finite. We’re all passers-by here, travellers present for a fleeting blip in time. After that, our beliefs may diverge; some will believe that we all get multiple blips in time until we reach nirvana, or that this blip is all we get, and some believe that this blip is only a taster of that which is yet to come. I personally hold to the latter.

The Bible overflows with accounts of travellers in all kinds of walks of life: travelling for civic duty (Genesis 41:45-57; Luke 2:1-5), for safety (Exodus 6ff), for obedience (Genesis 12:1ff, Acts 13:1-14:28), for pleasure, and Peter has already written about many of these. When you look at the various people travelling the world today, we’re not all that different from one another.

A well deserved rest after a night-hike to the top at 2am; From this angle, you might think I was all alone…
Pico do Papagaio – 2016 © Marie-Louise Disant

There seems to be quite a stigma put on doing things alone: dining out alone, living alone, travelling alone… Truth be told however, travelling solo rarely leaves us truly alone, and travelling alone is not synonymous with loneliness (an all too familiar companion for many, but more or less present in all seasons of life – not just travel, but also career, marriage, grief, motherhood and more).

Whether it’s sharing a dorm room with other travellers (some solo, some not), or meeting other travellers on a walking tour with a fascinating and encouraging guide (if you ever go to Munich, look for the Sandeman’s Free Walking Tours andask for Austin!), Couchsurfing, or a random conversation with the person sitting next to you … You are rarely alone physically-speaking; and should you subscribe to a Biblical worldview (amongst others), turns out you’re never alone in any sense of the word!

As a woman, this has repercussions in many areas relating to travel. This sense of being alone but not alone, can lead to a culture of solidarity amongst women, both travelling and not-so. Between “adoption”, in a sense, by locals, because they fearfor the solo travelling woman’s safety; “adoption” by other solo female travellers, for safety and companionship; and “adoption” by an omnipresent Father (Ephesians 1:5); I and many solo female travellers have felt safer and more cocooned in a sense, on travels in foreign cultures, than in our own homes sometimes. Safety is no longer reserved to the life of a home-bird. 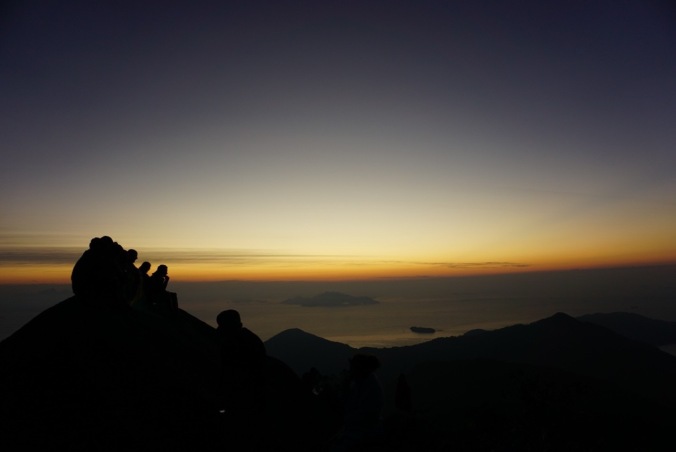 But it was quite the opposite I assure you; the view is quite different from another perspective, is it not?
Pico do Papagaio – 2016 © Marie-Louise Disant

Are we ready to let go of our own bias?

Maybe solo travel doesn’t have to be all that scary after all… Maybe, it might even
teach us a thing or two that we wouldn’t learn from travelling with others; about
God, about ourselves, and about others…

2 thoughts on “We’re all travellers: a view from a solo female traveller”