Elsewhere, for another blog, I was writing on how unity can be brought about from great diversity, and what motivates me to put my life to this cause.  I wanted to respect exactly that: the diversity of ways this might be achieved, and so I didn’t explicitly state how I think the [evangelical] Christian worldview best equips people to do just that.  But for those who are interested, here are some quick thoughts:

If any other worldview does any of those things, I’ll be happy to stand corrected!  Sadly, this is not to say that all 4 of these have been lived out by local Christians.

We see Christians forgetting that we are all unique and different, and trying to force a theocracy on everyone.  Ultimately the “god” they force on everyone tends to look a little like themselves, and thinks that way too!

We see Christians wanting to fight for their rights first, even when that comes at the expense of others.  Perhaps some who take their privileged status in the west, and never seek to constantly be looking to bless others from it.

We see Christian DUP fanatics claiming that their identity is primarily in Christ, when all they speak of is politics and vilifying the “other” side.  Equally I see evangelical Sinn Fein supporters in Cork who would advocate taking up arms still against the British.

We see Christians who refuse to see good in other worldviews and political opinions.  Who make straw men arguments and vilify others.  They see everything as black and white, so their cause is easier to defend.  They forget we’re all beautiful humans with some good and some bad.  They forget we’re all ruined with some ruin in our own views/thinking.

Well it looks diverse.  It could mean being a left-wing councillor of Sinn Fein in west Cork (who I’ve sat next to in church), being a right wing conservative (David Quin of the Iona Institute), or being a middle of the road, centre-ground person.  But whatever it looks like, it’ll mean first of all having our identity in something not of this world, but in someone who will come and re-create all things.

2 Therefore if you have any encouragement from being united with Christ, if any comfort from his love, if any common sharing in the Spirit, if any tenderness and compassion, 2 then make my joy complete by being like-minded, having the same love, being one in spirit and of one mind. 3 Do nothing out of selfish ambition or vain conceit. Rather, in humility value others above yourselves, 4 not looking to your own interests but each of you to the interests of the others.

5 In your relationships with one another, have the same mindset as Christ Jesus:

6 who, being in very nature God,
did not consider equality with God something to be used to his own advantage;
7 rather, he made himself nothing
by taking the very nature of a servant,
being made in human likeness.
8 And being found in appearance as a man,
he humbled himself
by becoming obedient to death –
even death on a cross!

9 Therefore God exalted him to the highest place
and gave him the name that is above every name,
10 that at the name of Jesus every knee should bow,
in heaven and on earth and under the earth,
11 and every tongue acknowledge that Jesus Christ is Lord,
to the glory of God the Father. 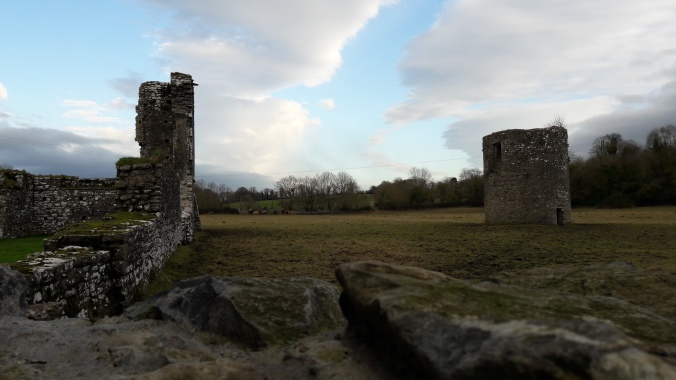 Another remnant of British days in Ireland, visited this weekend.

6 thoughts on “Why Jesus enables unity in the world more than any other.”