Northern Ireland has had a deeply divided past, mostly marked in recent decades by “the troubles” in which worldwide it’s claimed that protestants fought catholics.  I’m not sure how many realise how hilariously silly such notions are.  Not that religion never played a role, but certainly it was a small one (sadly vocal in such horrid ca

ses where politics and religion were mixed).  Perhaps as an (overused) example (sometimes told as a joke), note the few Jews in our local area who were supposedly asked by locals whether they were Catholic Jews or Protestant Jews.  Clearly few realised what true Catholicism of true Protestantism really was.

Given these (still fairly large) differences between one half of the community and the other, the question of what can unite us always loomed large.  That’s a question I raised elsewhere, but for the meantime I’ll just mention one encouragement today.

I was speaking at this meeting in North Belfast today, where I lived the very first years of my life.  Right on the “peaceline” between two communities.  Sitting week by week in such meetings are everyone from young children, through to old age pensioners.  There’s the odd folk with top class degrees from university (some leading international projects in health or education), next to majority of people of working class background, some who didn’t finish schooling.  Some we drove past a paramilitary gathering at Mount Vernon to pick up, whose relatives were/are in the IRA.  Others exclaimed how they’d been out at the orange lodge parades the day before supporting them.  Some have had family killed by “the other side”, and both have seen the effects of drug usage, alcohol and jail sentences tare into lives (either theirs or family). 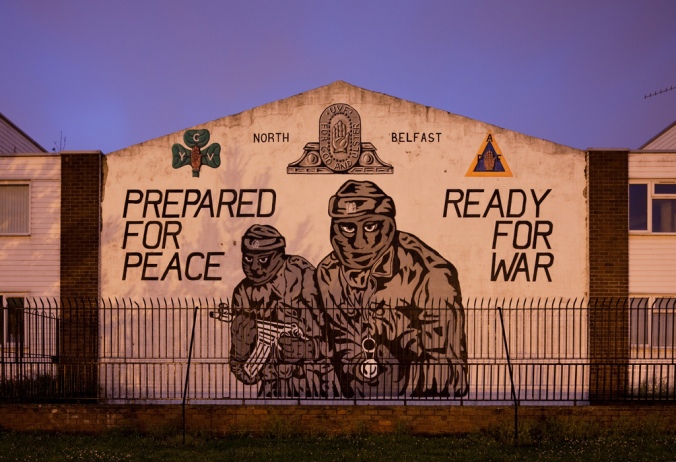 It’s an unlikely place to find unity.  But there was.  A beautiful unity that has everyone hugging when they meet, seeking to love each other well and not even caring at the hilarious difference between them all.  A unity bought by Jesus and lived out by people who all claimed to desperately need Him, in this mini church community that no-one will have heard of.  Many would say I was out of place, as a uni grad, young professional, happily working my way up the career ladder, living where I want, travelling where I want and  nothing obvious screaming out from my life (feeling quite satisfied).  But this feeling of sufficiency and total, unrestrained freedom, I’ve realised is a delusion.  And so the most important part of my week is the messy family of randoms who’d otherwise often never associate, commonly known as the church.

But of course the question is a complex one (when isn’t it?), so I’ll come back to vital questions of integrated education, council strategy and many other great things.  But in the mean time, if this hasn’t been your experience of church, why not ask me where you can find that kind of community?