Trinity Presbyterian Church back room has been an influential place for me. 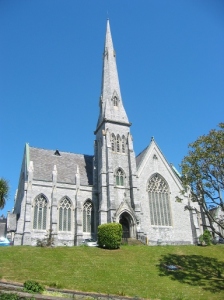 John Faris is a man who (enduring the taunts of those who proclaim rapid church growth models) has turned the church around dramatically over his time in Cork, who has faithfully served this city and who has a profound impact on my life and countless others.  So much of what has happened in Cork, John has been involved in supporting, before quietly stepping back once it was on its feet, to let others take the praise.  But more than anything, he’s been at the heart of a yearning for unity in this city.

The first meeting in that humble back room was between Evangelical Church leaders and “Affinity” representative Peter Milsom.  Peter passionately put forward a case for outward looking generosity in our yearning for unity.  Noting that: 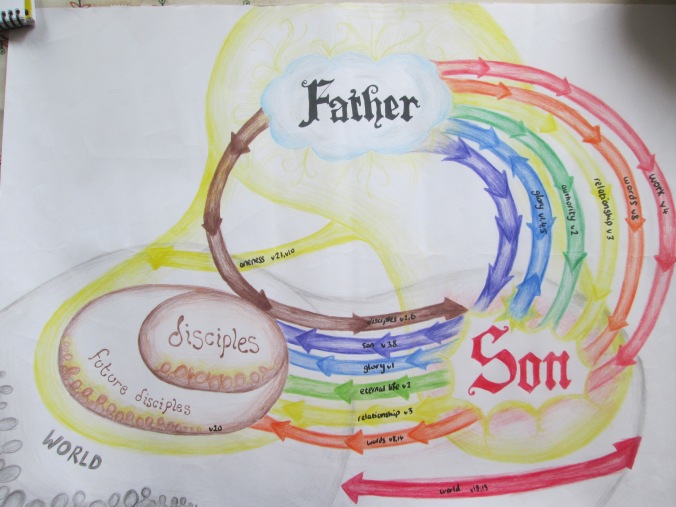 My thanks to this incredible representation of “John 17 unity” by Heather Irwin, Christian Unions Ireland Relay worker in Cork 2015-16

There in that room, many got heated in their comments very quickly, not because of what Peter said, but over the hint that people may be Christians who we’d join with in mission who do not profess to hold to justification by faith alone as classically understood.  Now that is a topic for another time, and not one I’ll delve into here.

But what about for evangelical Christians (for example, those who would happily hold to the IFES Doctrinal Basis, not only in word but in emphasis [much of liberalism that has killed the church, has been because of emphasis, not always because of false doctrine])?

The second meeting in that back room was one to start to plan Cork city-wide mission 2017.  And as people who all happily believed the Doctrinal Basis and its emphasis, less was at stake.  But questions of unity still arose.  We’ve agreed to keep the main thing, the main thing, but what about the secondary issues that will still arise that we disagree on?  (1 Cor 15 one place that dictates the things of prime importance.  The emphasis of the things in general in scripture being another)

Well there are three models of unity that come to my mind as most commonly used:

I’ll come back to examining each of these three in due course, but for now, why not take a read of John 17 and pray for a yearning heart of a right kind of unity, whatever that may look like!  And please remember, we’re not concerned as much in this example at what is right, as much as how we hold in tension those within evangelicalism who are different to us.